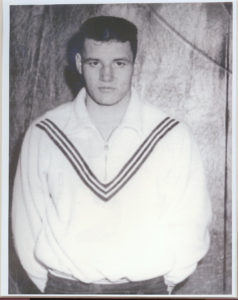 Ken Wrestled at Oak Lawn High School for Hall of Famer Elias George and for Hap Whitney as a senior. In his Senior Year he won the State Championship. His Collegiate Wrestling was done at Southern Illinois at Carbondale under Hall of Famer Jim Wilkenson.

In 1962 he was invited to the Training Camp for the World Games. Entering the business world, he has not drifted far from the Wrestling scene, as he is still an advisor for the Northwestern Wildcat Wrestling Club.

He is presently, Vice President of Com-Disco.