Along with his three brothers, Rich, Bob, and Mike, Ken Mansell was introduced to the sport of wrestling at a young age by their father who was head coach of the St. Mary’s wrestling team in Mokena. They remained at St. Mary’s until Ken was in 6th grade when the family began competing for the Joliet Boys Club.

There, Ken and two of his brothers were coached by Hall of Famer Larry Stonitsch. Ken’s brother Bob was a huge inspiration to him as he became Illinois’ 1st Deaf State Champion. Ken went on to win the title the following year and younger brother Mike would finish 2nd two years later. In high school Ken was coached by Gerry Johnson at Lincoln-Way where he was an All-State Wrestler twice while winning 4 Conference Titles, 2 District and 2 Sectional Titles.

Ken went on to wrestle for MacMurray College in Jacksonville, Illinois. After becoming an NCAA National Qualifier his freshman year, he left school to join the Marine Corps. A few years later Ken returned and picked up where he left off. Along with winning numerous Division 2 and 3 tourneys, Ken became the first wrestler in MacMurray’s history to win a Division 1 Tourney, winning both the Missouri and the University of Illinois’ Open. Ken wrapped up his college career as a 3x NCAA Qualifier and an All-American finishing 4th in the NCAA National Tourney.

After graduation, Ken was hired as the head coach at Carlinville High School where he coached for two years. His teams went on to win 25 duals and 1 District Title, while qualifying 3 wrestlers to the IHSA State Finals. From Carlinville, Ken became the head wrestling coach at Quincy Notre Dame where he coached for 26 years. His teams went on to win 308 duals, 2 regional, and 1 sectional title. During his tenure, his teams produced 29 more State qualifiers and 8 All-State wrestlers. In 2017, Ken left Quincy to become the athletic director and head wrestling coach at the Illinois School for the Visually Impaired in Jacksonville. There he works with students who are blind or visually impaired, including some with special needs. Ken is constantly advocating for wrestling

in area schools. After restarting his program, he immediately reached out and formed a co-op with the Illinois School for the Deaf in 2018 and Routt in 2019. Routt never had a program, while ISD dropped their program almost 15 years ago. Ironically, it was Ken’s father and Jim Bonds that originally got wrestling started at ISD after his brother transferred to the school.

Ken now has his deaf and visually impaired athletes competing in many IHSA events. One highlight came earlier this season was when his team won Ken his 350th dual.

Ken credits much of his success to his coaches and teammates over the years, but acknowledges his family has had the biggest impact, none more than his oldest brother Rich who pushed him like no other.

Ken and his wife Kathy reside in Jacksonville and have two daughters, Rachel and Hannah. 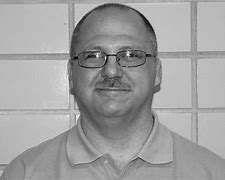