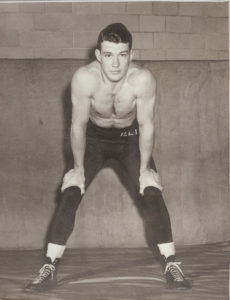 While in Champaign High School, Ken placed 3rd in the State, two times.

As a wrestler for the University of Illinois, he placed 3rd, 2nd and 1st in the Big 10 and finished 4th twice in the NCAA. Ken has been a well-known official for the past 20 years, which has seen him officiate in the State tournament Finals, 5 times. He was named Official of the year in 1974. Ken has been a rules interpreter for a number of years and he has been involved with the IWCOA since its inception.