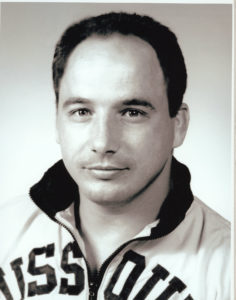 Khris was a five time Junior National finalist and a four time Champion. Twice he was named the outstanding wrestler, and he also won the most fall award two times. At the age of 15 he was the third man on the 1976 Olympic Greco-Roman Olympic Team.

He attended the University of Missouri and was a two time All-American. He was the 1982 Midlands Champion. In 1983 Khris was selected as the Outstanding Wrestler in the East-West All Star meet.

From 1987 through 1994 Khris coached at the University of Missouri where he had 8 Division I All-Americans. He was the National Freestyle Coach for Great Britain from 1994 to 1997. From 1997 to 2000 he was the Co-Head Wrestling Coach at Hazelwood Central High School in St. Louis where he had eight state place winners. Khris currently teaches business and is the head wrestling coach at Cahokia High School.