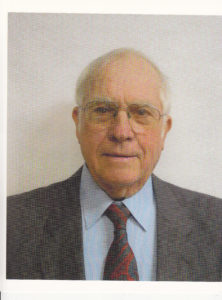 Lou Pronga was born in Dubuque, IA in 1939. He attended Ainsworth High School and graduated in 1957. Ainsworth did not have wrestling. Lou played football for four years.

Lou attended Monmouth College in Monmouth, IL. He wrestled for three years at Monmouth. He graduated in 1961 with a bachelor’s degree. He earned his master’s degree from Illinois State University in 1973.

Lou served as a math teacher at Chillicothe and was head of the math and science department. After his retirement from coaching in 1989, he worked as an assistant athletic director for one year and then became Athletic Director for 4 years. He retired from teaching in 1994.

During his teaching career, Lou was the President for the local IEA affiliate. Lou was named Jaycees Outstanding Young Educator in 1973. In 1984 he was selected the Central Illinois Class AA Wrestling Coach of the Year. He was inducted into the I.V.C. Sports Hall of Fame in 1995. His 1977 Wrestling Team was also inducted into the I.V.C. Sport Hall of Fame. He served on the Illinois Coaches Association Board as the wrestling representative.

Lou worked on the committee that established the Chuck Murdoch Central Illinois Outstanding Wrestler Award and was a member of this selection committee.

Lou is a life member of the National Education Association and the Illinois Wrestling Coaches and Officials Association. He is also a member of several hunting and conservation clubs. He enjoys hunting, fishing, boating and watching sports.