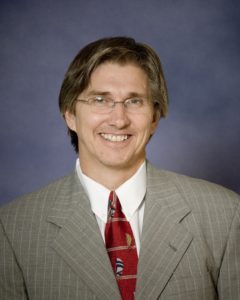 Born in 1957 in Granite City, Mark Mestemacher graduated from Collinsville High School in 1975. He wrestled for four years and was selected team captain his senior year. He then attended the University of Illinois and graduated with a degree in Agriculture Economics in 1979.

Mark has served as the IKWF South Section Alternate Director for the past eleven years and has also been the Illinois Team Leader for the Schoolboy (13-14 years old) National Dual Team Tournament for the last four years. Illinois has placed in the top 8 each year.

Mark has also been involved in starting a regional training site in Southern Illinois for Freestyle/Greco wrestling. The site is just concluding their third year and provides an opportunity for wrestlers from age 5 through 18 to learn and develop skills in international wrestling. He has also been involved in establishing the ISEMAN Club (Illinois Southern Elite), which practices at Southern Illinois University-Edwardsville. During the three years of existence, the club has grown from 40 wrestlers to over 100 this past year.

In 2006, the National Wrestling Coaches Association honored Mark as the Dan Gable, America Needs Wrestling award winner. Also during that year he was honored by the IWCOA as a Gold Level Special Recognition recipient. The Edwardsville Chamber of Commerce selected Mark as their Person of the Year in 2009. He served as a Grand Marshal at the IKWF State Tournament in 2006 and in 2008 he received the Meritorious Service Award from the National Wrestling Coaches Association.

Mark is the owner of Cere’s Consulting, LLC Barge Transportation Co. He has been married to Carol for twenty-two years. They have two children, Amanda, a junior at Purdue University and Adam, a senior at Edwardsville High School.