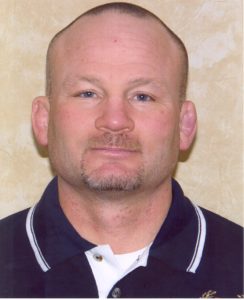 A 1983 graduate of North Fayette High School in West Union, IA, Marty Kaiser was a varsity wrestler for four years. He had an 84-35 record. He also competed in football and track for four years.

Marty went on to Loras College in Dubuque, Iowa and graduated with a Bachelors of Science in Special Education and a Masters of Curriculum and Instruction.

Marty began teaching at Hononegah in 1989 and served as a volunteer wrestling assistant before taking over as the head coach in 1989-1990. As the head coach, his teams won 373 dual meets, won ten IHSA Regional championships and four Sectional titles. Four other times his teams were IHSA Dual Team Sectional finalists. Under his coaching, Rockton advanced to the IHSA Dual Teams state finals four times and place 4th in 2006 and 2006. Marty coached 58 individual state qualifiers, thirteen state place-winners and five State Champions. He served as the head coach at Hononegah from 1989 through 2009 when he stepped down to pursue administrative duties. While Marty was the head coach, Hononegah won the NIC-10 Conference Championship eleven times.

Marty was inducted as a member of the North Fayette High School Athletic Hall of Fame in 2001.

In 1990 Marty started the Hononegah Kids Wrestling program with fourteen kids participating. There are now over 120 kids involved in the program.

In addition to holding the position of special education teacher at Hononegah High School, Marty is also co-owner of Red Barn Golf Course in Rockton, Illinois.