Miguel “Mike” Ramirez graduated from Lake View High School. He enlisted in the US Marine Corp shortly after he graduated. He was very proud of serving his country.

Eventually he went back to Lake View High School to coach football, wrestling, and girls’ soccer. He loved each sport and dedicated his time equally to all of them. Mike was very generous he often provided for kids in need; wrestling shoes, money for lunch or to get home. He always put students and athletes, before himself.

Mike’s deep desire was to help young people in the inner city of Chicago. His hope for them was that each student excels in high school academics, and athletics but above all, that they will succeed in life as adults. He coached and was a mentor to many. He went beyond coaching, he developed strong relationships and many of the students visited Mike to thank him for helping and encouraging them to choose the right path in life.

Mike was a humble man. His job was never about prestige. What mattered to Mike was to build confidence and to encourage the students that with hard work and determination they can do anything in life.

During his years as an assistant coach, Mike coached 12 State qualifiers, 10 Regional

Champions, 2 Sectional champions and 3 Chicago City Champions.  Mike was one of the founders of Junk Yard Dogs Kids Wrestling Club and for many years he took the wrestlers to the Gene Mills Summer Camp in Folksville, PA. The wrestlers often shared the stories that the best part of summer camp was the “10-hour ride with

Mike was very active in Freestyle and Greco-Roman wrestling and for more than 10 years of his career Mike was a member of the video crew at IHSA State Boys Wrestling Tournament.  These videos were used for continuing education of Illinois wrestling officials.  The video “You Make the Call” use his clips.  He was always available to help, where wrestling was concerned in so many capacities over the years.

Mike was a member of the IWCOA for 24 years.

Mie Ramirez passed away September 22, 2020 of ongoing health issues. He fought a hard battle till the end and the good Lord took him home. 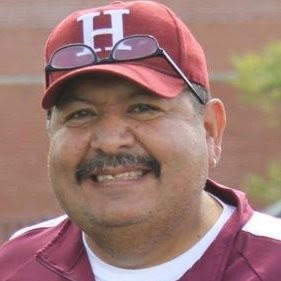