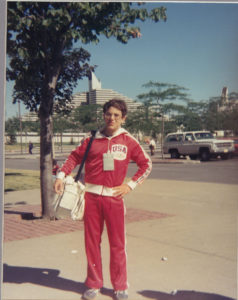 Following graduation, Mike won the Olympic Trails, both in Freestyle and in Greco-Roman, the only wrestler to accomplish this in 1976.

In 1977, he was the Junior World Team Member in Greco-Roman.

In 1984, he was runner-up in the National open Greco-Roman Championships. This qualified him for the Olympic Trials, in which he finished 6th.

Mike is presently coaching at Woodbury High School in Minnesota.