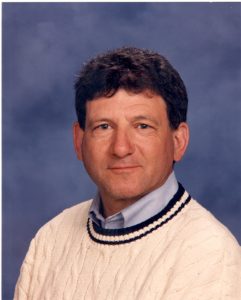 Morrie began his career in Chicago at Lake View High School, although at that time Lake View did not have Wrestling. He then attended Southern Illinois at Carbondale where he first became interested in wrestling.

Since graduation from Southern Illinois, he has spent 26 years as a Coach of Wrestling, most of this time at Maine East. Due to the Official Status of his job, he was not allowed to be a Head Coach, so for a 1 year exception he has been an assistant at Maine East, Glenbrook South; Gemini Junior High School and now Highland Park. The one year he was the Varsity Coach at Maine East, he had 3 State Qualifiers, 1 of them became a place winner – a Champion.

He has been involved with the Illinois Wrestling Federation for over 15 years. He was an assistant coach for the USA Illinois Junior Team helping with the Greco-Roman. In 1984 he became the Team Illinois Head Greco-Roman Coach. Since then he has had 80 National Place winners, of which 11 have been National Champions.

He has also been a Coach at the Olympic Festival in Houston for Greco­ Roman. He has been invited to Coach this event two other times, but the date conflicted with the USA Juniors. He of course opted to Coach our Junior Team.

During this time Morrie has also committed himself to developing and administering his Greco-Roman Clinic, besides helping out with all of the Regionals and State Free Style and Greco Tournaments.

Morrie has also officiated for 25 years which includes High School meets; the Midlands; 3 times at the Olympic Trials; the Russian Duals 4 times and of course 12 years at the USA Junior Nationals. He was one of the original officials for the USA Federation that resided in Illinois.

In 1989 the IWCOA named him a Friend of Wrestling at the All State Banquet.