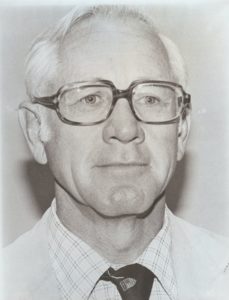 Murney began his Educational Career as a Student at Matoon High School, where he was a star athlete. His Collegiate Career was at the University of Illinois. His Coaching career began at Evanston High School where he was the Wrestling Coach for 6 years. During this time he had 70 dual wins won the Suburban League Title; Won a Sectional and had 8 State Place winners. Murney was the Varsity Football Coach during this time and for many years following.

As an Official he worked 20 years, during which he officiated at 15 Region, 14 Sectionals and 6 State Finals, 2 of which he was Head Official. He also was a Rules Interpreter for Illinois for 10 years. He officiated the Big 10 Championships 10 times; 4 as Head Official and he worked the NCAA Division I Nationals 4 times and he worked the Midlands Tournament twice. Murney has had numerous awards, those being: Matoon High School Hall of Fame; University of Illinois Football Hall of Fame. He has been named Football Coach of the Year 3 Times while at Evanston. He is presently Athletic Director at Lyons Twp., High School in LaGrange.