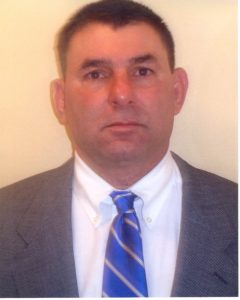 Neal Weiner’s wrestling career has been deeply rooted in the State of Illinois. His started wrestling at New Trier West High School in 1974-75. Neal wrestled at New Trier West High School, and he was an IHSA Sectional Champion and State Qualifier in 1978. After graduating from New Trier, he continued his wrestling career at Illinois State University. At ISU, Neal won both the Illinois and Missouri Open Championships. He was also voted a team captain and was the team’s leading scorer his senior year. As a senior, he also qualified for the NCAA Division I Tournament held at Princeton University. Neal finished his career at ISU as a three time letter winner.

Neal’s coaching career began at Bloomington Junior High School in 1983. At BJHS, Neal served as an assistant coach. The next year he served as a volunteer assistant at Northwestern University. He competed for the Wildcat Wrestling Club for the next four years. He placed in the Midlands Championships, took 4th at the U.S. Freestyle Olympic Regional Qualifier and took 1st place honors at the Sunshine Open, the Maccabiah and the Prairie State Games Tournaments. In 1985, Neal became an assistant coach at Western Illinois University. When the program was dropped in 1986, he moved on to Macomb High School as the head wrestling coach. Neal left Macomb at the end of the 1985 school year with a master’s degree in special education. From Macomb, he then went to Wheeling High School. In 1986 Neal became the head coach at Wheeling, a position he stills holds today.

Neal has served as the Boy’s Athletic Director since 2003. He has been named the Mid Suburban League (MSL) Coach of the Year five times. He has led the Wheeling Wildcats to seven MSL East Division Championships, two MSL Conference Championships, and has won eight IHSA Regional titles. In 2009, Neal guided the Wildcats to the Elite Eight in the IHSA Dual Team State Tournament. Overall, Neal has coached fifty-five state qualifiers, twelve state place-winners and one State Champion. In Neal’s tenure as the head wrestling coach at Wheeling High School, his overall career record stands at 377-148-6.

Besides his coaching duties at Wheeling, Neal has also been very active in Illinois and USA Wrestling. He has coached numerous teams at the Junior and Cadet National Championships. Neal has served as the Illinois Cadet Director for two years. He also served as the director and coach of the Prairie State Games. In 1997, Neal was named the head coach of the United States team that wrestled in the Maccabiah Games in Israel. From 2001-2009, Neal was a member of the coaching staff for Team Illinois at the NWCA Brute Scholastic Duals at Delaware State University. All of these contributions to the sport of wrestling helped Neal become a finalist for the 2009 IWCOA Coach of the Year.

In addition to his coaching duties, Neal has also served as a wrestling official since 1979. Neal lives in Buffalo Grove with his very supportive wife Elvira and his three daughters.