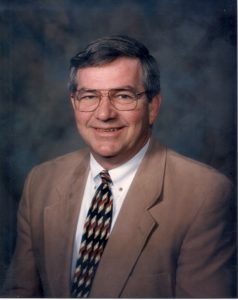 Physical Education teacher, assistant Football Coach, and assistant Wrestling Coach from 1965 through 1970. In 1970 Neil was named to serve as Department Chair for Health, Physical Education, and Drivers Education. He continued to serve as assistant Football Coach and assistant Wrestling Coach at Naperville Central. He moved to the newly opened Naperville North High School where he took over the head coaching duties and started the wrestling program at Naperville North in 1975. He held that position for two years before being named the Athletic Director at North in 1977. He holds that position at this time.

Neil has been very active during this period with the Illinois Athletic Directors Association serving on the Executive Board, District Representative, Conference Exhibit Chairman and NCSSAD Liaison. He has also served on the IHSA Boys Swimming Advisory Board and hosted IHSA State Tournaments in Boys Gymnastic and Boys Soccer. He has also served as DuPage Valley Conference Wrestling Chairperson from 1984 to the present. He has been an IHSA State Wrestling Tournament worker for the last ten years.

In 1990 the IWCOA honored Neil as a “Friend of Wrestling” and in 1994 he was selected as Administrator of the Year.