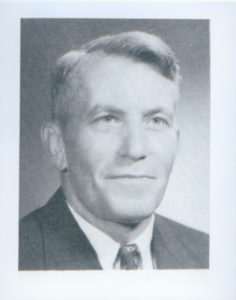 Perry Goransen started the program at Joliet Twp. High School and continued coaching there until the first split of the system, the forming of Joliet West and Joliet Central.

In those years he had 57 State Qualifiers of which 19 were Place winners. 4 of them were Champions. Three of his Wrestlers are in the Hall of Fame: David Shapiro; Don Govoni and Larry Stonitsch.

Records have been misplaced concerning dual wins, conference championships Regionals and Sectionals. His Team Placed 4th in the State in 1948.