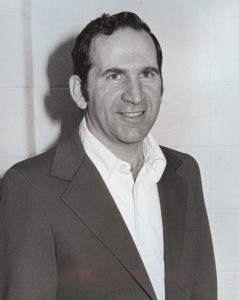 Pete George started his coaching career at Glenbard East High School. He organized the wrestling program in 1961 where he was the head wrestling coach and assistant in football. His high school teams compiled a record of 58-25-3 for the next seven years at the relatively new high school. He later moved to MacMurray College where he coached seven more years, compiling an outstanding record of 68-22-0. His wrestlers won over 50 individual titles while capturing 11 team championships. His first season at MacMurray, he was nominated for the “Rookie College Wrestling Coach of the Year. His combine record for coaching 14 years is 126-47-3. In 1975 Pete was NAIA District 20 Coach of the Year.

Pete is a native of Washing ton; Pennsylvania. He is currently the Athletic Director Fenton High School.