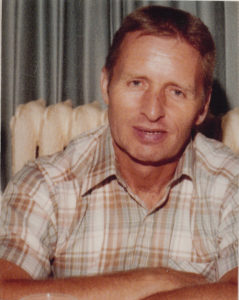 Phil Fallen coached for over thirty years at Amundsen High School in Chicago. He also officiated for over twenty years. Phil was an early organizer of tournaments with the Mayor Daley Youth Foundation and was one of the foundation blocks of the Freestyle and Greco-Roman programs in the state of Illinois. He developed the program and made the City of Chicago Public Schools the hot bed of Greco-Roman wrestling.

Phil was one of the first officials to join the United States Wrestling Federation, later to become USA Wrestling. His USA Wrestling official card number is 84, out of 6000 officials.

He officiated in the freestyle and Greco-Roman U.S. National Tournaments over twenty times. In 1984, he officiated at the Olympic Trails.

In thirty-two years of coaching, Phil’s teams compiled a 306-309 record. During this period, Phil worked with a very diverse group of student/athletes and showed them respect, kindness, and dignity while teaching wrestling skills and demonstrating officiating techniques.