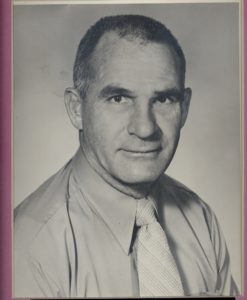 Coached at the Joliet Schools for 15 years. His teams won a number of Conference; District and Sectional Championships. His teams finished in the top Five Teams in the State numerous times. During his coaching career he had a number of State Champions and State Place winners. Ray was well known as a Football Coach during this time. Mr. Klootwyck was a credit to the sport of wrestling as a coach, as a friend and as a leader of young men. He died in 1973 of cancer.