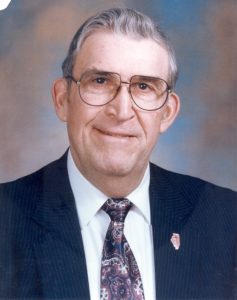 Richard attended Woodstock High School, which at that time had no Wrestling. He attended Western Illinois University for 1 year where he became involved with Wrestling. He finished College at Carthage.

He first began coaching at Tower Hill High School, where he was involved with basketball, baseball and track. He then moved to Harvard where in his beginning years he was involved with basketball for 2 years; baseball for 2 years and football. He continued with football for 23 years, but in the meantime began with Wrestling a Sport he remained active in for 25 years, 16 years as an assistant to Hall of Famer John Sciacca and 9 years as the Head Coach, which he gave up to become the Athletic Director, a position he still holds. All told, he has been at Harvard for 34 years.

In Wrestling he had 33 State Qualifiers; 11 Place winners of which 2 were Champions. His teams won 7 Regionals; 1 Sectional; were runner-ups in the Sectional once. They placed 8th in the State in 1981; 11th in 1982 and in 1983 Tied for The State Championship. He was named Coach of the Year in Class A in 1983. In 1987 his team qualified for the State Dual Championships and Placed 2nd. His overall dual meet record was 159-35-2.