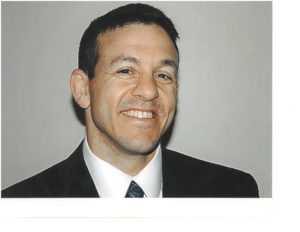 A 1984 graduate of Mahomet-Seymour High School, Rob Porter wrestled in high school for IWCOA Hall of Fame coach Marty Williams. A four year starter for the Bulldogs, he placed 3rd in the IHSA state tournament as a junior and won the 105 lb. State Championship as a senior with a record of 41-1. Rob was also a member of Mahomet-Seymour’s team that won the final individual scoring state tournament in 1983 and the inaugural Dual Team State Championship in 1984 and was team captain. Rob was an Illinois Freestyle Champion in 1983 and runner-up in 1984. He was a two time Junior National qualifier. Scholastic Coach Magazine selected Rob as a High School All-American in 1984. He also ran cross country during high school.

Rob went on to Edinboro University in Edinboro, PA. He was a four year letter winner and was ranked nationally by Amateur Wrestling News at 126 lbs. during the 1987 season. He qualified for the NCAA Division I National Championships in 1987 and 1989.

In 1990 Rob joined the staff of Mahomet-Seymour at mid season and guided the Bulldogs through the remainder of the season. He coached at Mahomet through the 2001 season, compiling a record of 254-44-3. His teams placed 3rd in the IHSA Dual Team State Tournament. His team won the individual scoring during the 1995 and 1997 season. He coached 32 state place winners and 8 State Champions. Two of his wrestlers went on to win National Championships (John Lockhart, NCAA; Ryan Berger, Junior National Freestyle). Another of his wrestlers (Mary Kelly) became a World Cadet Women’s Freestyle Champion. Rob then moved to Crook County High School in Prineville, Oregon. His teams placed 4th in the state all three years and had a record of 36-13. While at Crook County he coached 13 state place winners and 1 State Champion.

Rob continued to compete during his coaching tenure. He has won National Veterans Championships in Folkstyle, Freestyle and Greco-Roman. He was USA Veterans Triple Crown Winner in 2010. He was Veteran’s World Bronze Medalist in 2001 and Gold Medalist in 2010. In 2000 he was AAU Wrestling Grand Nationals Masters Champion.

Rob is the son of former University of Illinois and IWCOA Hall of Fame coach Tom Porter. He and his wife Dena have a son, Tommy, age 6.