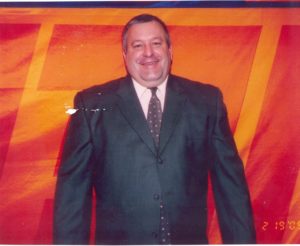 As a freshman at Riverdale High School in Port Byron, Bob Mitton began wrestling in 1969. He was a four-year starter for Hall of Fame Coach Jerry Lancaster. He was a two time conference champion. In 1972, he was a state qualifier at a smaller school in the one class system. He was a two-year letter winner in football and won two letters in golf, totaling eight letters won in high school. He was captain of the wrestling team for two years and served as Lettermen’s Club President and Vice-President of the Junior Class.

Bob began his teaching and head coaching career at Orion High School in 1978. During his coaching tenure he has had forty-one state qualifiers, fifteen state place-winners, including 4 State Champions. He has coached ten regional team championships, nine conference titles and he has had six teams qualify for the dual team state tournament. During his twenty-seven years as head coach at Orion, his dual meet record is 319-213-4.