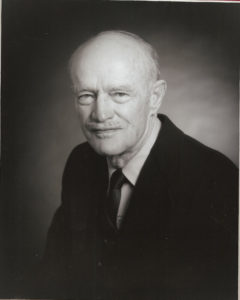 Mr. Hicks started wrestling at Tilden Tech in 1926 and retired from Active coaching in 1958. During this time, his teams won 27 City titles. Since the state championships did not begin until 1937, many of his wrestlers have gone unnoticed. Since the inception of the State series, his teams won state titles in 1946 and 1952. His teams finished as runner-ups in 1942; 1945; 1948; 1950 and 1958. He also brought home the third place trophy in 1938; 1947; 1951; 1953 and 1954. He developed 20 individual state champions; 20 runner-ups; 19 third place finishers and 8 fourths. He started many wrestlers on their way to numerous placings in the Big 10 and other conferences and had the distinction of developing 7 future national champions, plus numerous national place-winners. A unique distinction that most coaches would aspire to would be that two of Mr. Hick’s wrestlers have themselves been honored by being inducted into the Helms Wrestling Foundation Hall of Fame. They are Arnold Plaza, Bill Weick, and Walt Romanowski.