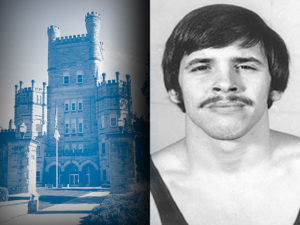 He attended Iowa State University and finished second in the NCAA Division I National Championships as a freshman. During that season, he also was the Big 8 champion. He later wrestled for Eastern Illinois University, where he earned All-American honors.