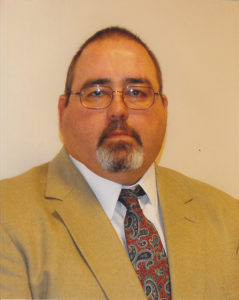 Rob Murphy was born in Pontiac, Illinois in 1962. He was a graduate of Coal City High School in 1981. While at Coal City he lettered in football and wrestling all four years and three years in track. He was captain of his football and wrestling teams and was an All-State linebacker his senior year. He was coached by Fred Plese and Hall of Fame coach George Dare. His junior year his wrestling team went 23-0 and his senior year they finished 2nd in the State. He was a two time state qualifier and finished in third place at 167 pounds his senior year.

Rob started his college career in 1985 after working construction for three and a half years. He attended Joliet Junior College and was an Academic All-American and Junior College National Qualifier. He wrestled for George Beene and Hall of Fame coach Henry Pillard.

Rob then transferred to Olivet Nazarene University where he wrestled for Bob Drebenstedt, a two time division one All-American from Oklahoma State. While at Olivet, Rob played two years of football and wrestled for three years. In wrestling he was a three time National Christian College Athletic Association champion at 177 pounds. He also was team captain and led them to two NCCAA National Championships in 1987 and 1988. Rob also qualified for three NAIA National tournaments. He had over 100 career wins in college. In the summer of 1987, he wrestled for Athletes in Action in Japan and Korea. He graduated from college in 1988 with a Bachelor of Science degree in Physical Education and was commissioned a second Lieutenant in the United States Army.

After graduating college he began his teaching and coaching career at Lincoln High School in Lincoln, Illinois. While there he was an assistant football, wrestling coach, and a head track coach. In wrestling, he got to work with Hall of Fame coach Floyd Bee. He developed his coaching skills under Coach Bee and was in charge of the off season program in freestyle and Greco Roman wrestling.

In 1994 he was hired as head wrestling and assistant football coach at Wilmington High School. During his second year he was hired as head track coach and held that position for seven years. His girls track teams finished fourth and fifth place in the state, producing sixteen state medalists. Seven state medalists brought home state championship medals. In 1998 he was Illinois Track Cross Country Coaches Association Coach of the Year in Class A. During the past fifteen years he has helped coach the Wilmington football varsity team to 15 straight playoff appearances. His wrestling teams have compiled a 327-90 dual team record. They have won six Interstate Eight Conference Championships and ten straight IHSA Regional titles. They have qualified for Dual Team State seven times and brought home five trophies with three of them being State Championships in 2007, 2008, and 2009. He has had 70 State Qualifiers with 33 state place winners with 9 of them being State Champions, including his two sons Rob and Jake. He has been a member of the IWCOA and the ICA for the past 23 years and has been on the IWCOA Executive Board for 10 years. Rob has been a member of the I-8 coaches association for 17 years where he has served as president for the last eight. He has been I-8 coach of the year 6 times and Illinois Coaches Association 3 times. He was IWCOA Coach of the Year in 2006 and in 2010 was a National High School Athletic Coaches Association finalist for coach of the year in 2010.

Currently, Rob lives in Wilmington with his wife, Tina of 26 years with their sons Rob, Jake and daughter Erin.