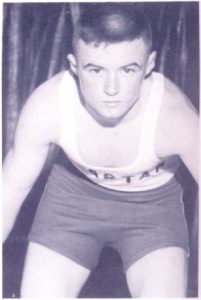 Post college found him wrestling for Mayor Daley Youth Foundation where he was a place winner several times in the AAU Nationals in both Greco Roman and Free Style. He was a National Free Style Federation Champion in 1970 and was invitied to the World Cup.

For many years Ron was active in the IWF Summer Wrestling Programs and was an assistant coach at the Junior National Several times.

He has been involved with helping coach 67 State Qualifiers; many place winners and 13 Champions.