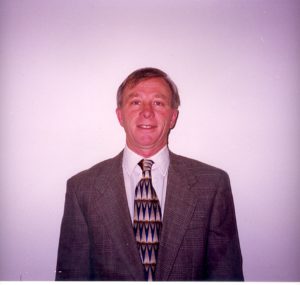 Ron has been an administrator for the Illinois Wrestling Federation since 1980. He graduated from Thornton Harvey High School, but was not a wrestler. After graduation, he went into design drafting.

He first became involved in wrestling as a parent administrator with the Oak Forest Warriors when his sons joined the club in the mid-1970. In 1980 he became Secretary Treasurer of the Kids Division, as well as Membership Administrator for the IWF. He performed these duties “pro bono” for eleven years.

Through his leadership our Kids Division became the largest in the country. The single division format expanded to four divisions; a Dual Meet State Championship was added; and the annual Kids Open grew to become the largest one day kid’s tournament in the world.

In 1991, the position had grown to the point where part-time attention was not sufficient. Ron then became the IWF’s first full-time administrator for all levels and styles of competition.

Ron began his Wrestling Career after High School, when he became involved with his own children’s programs. Ron is from Marian Catholic and Thornton Harvey. He did not attend college, going to work in the Building Trade.

He first became involved with the Oak Forest Warriors as a Parent Administrator. In 1975 he became affiliated with the Illinois Wrestling Federation Kids Division. Since, the administration had need of a Secretary – Ron became the Secretary Treasurer in 1981 – This position he held “Pro Bono” for 11 years. Through his leadership the membership swelled so greatly that they added a Second Class to the State Tournament series and also added a State Dual Tournament. In 1983 under Hall of Famer Ted DeRousse, Ron became an Officer in the Kids Division and the Membership Administrator for the State of Illinois. Since that time Ron has been involved in Membership drives; organizing events in Folk Style; Free Style and Greco Roman for Kids; Cadets; and Junior’s from local events to the State and to the National Tournaments.

The Illinois Wrestling Coaches and Officials Association named him a Friend of Wrestling in 1988 and in 1995.

The Illinois Wrestling Coaches and Officials Association Named him “Man of the Year in 1997.