Being inducted into the IWCOA Hall of Fame is an honor that Steve Endsley would never have dreamed of when he was a student at Limestone High School. He was not a member of the school’s wrestling team and his exposure to the sport ended abruptly when one day in P.E., the P.E. teacher allowed a student twice his size to demonstrate

a takedown to the rest of the class. Endsley woke up in the nurse’s office after being knocked out during the demonstration. That was the last of his high school wrestling days. However, he vividly recalls the excitement within the school when there were a couple of wrestlers who qualified for the IHSA state finals. It wasn’t until Endsley started his duties with the Illinois Elementary School Association (IESA) in 1988 that the sport of wrestling re-entered his life. As an Assistant Executive Director for the IESA, Endsley attended his first IESA state wrestling finals in 1989 when they were held at Stanford Olympia High School. Fellow Hall of Famers Mike Manahan and Harold Garrett served as managers of the state finals. “I learned more in that one weekend about wrestling from Mike and Harold than I had learned in all my years prior to that tournament,” said Endsley. “I was exposed to some great officials like Ray Cummings, Pete Ross, Bill Marquardt, and Renny Garshelis. I just soaked up the experience and tried to learn as much as possible because I could immediately see how important wrestling was to the junior high community. I knew we needed to give the junior high schools more exposure and do our best to prepare the students for high school. Fortunately, when I became the Executive Director of the IESA in 1996, I was able to have a bit more influence as to the direction of the IESA wrestling program.”

IESA had some humble beginnings with junior high wrestling as there were approximately 60 schools that entered the state series when the first state competition was held in 1980 at Lantz Gymnasium on the campus of Eastern Illinois University. Today, there are almost 190 schools that enter the state series and the state finals are held at the Convocation Center on the campus of Northern Illinois University. Steve was instrumental in initiating the recent move to a 2-class system now in place in IESA wrestling. “The growth of the schools entering the IESA state series is something of which I am extremely proud,” said Endsley. “It’s not just because of me that we have seen this remarkable growth. It is the work of many who have helped to make our state finals what they are today. It takes dedicated tournament managers like Arch Richoz and Jared Johnsen, hundreds of volunteers, hardworking officials, coaches and administrators who care about the well-being of their wrestlers, my staff at the IESA Office and a Board of Directors who provide an unbelievable amount of support, and really the entire wrestling community to foster the growth. I am just the conduit. My whole goal has been to make the experience for students who compete in the IESA wrestling program a positive experience so they can be exposed to this great sport and should they desire to do so, continue their wrestling careers in high school and beyond. I would like to think that by doing things the right way, making improvements to our program over the years, and caring about the way wrestling is perceived and administered, we have contributed to the growth of the sport at the Jr. high/middle school level. Wrestling teaches the participants so much. At the end of the match, the wrestlers shake hands and the winner has his hand raised in victory. The loser of the match must accept the outcome of the match and then hopefully works harder so the next time his hand can be raised. That type of lesson is hard to duplicate in other activities.”

Speaking of hard-working officials, Endsley is quick to point out the role they play. “Within the IESA, we work with thousands of officials,” said Endsley. “The wrestling officials have a bond that is unlike any other sport officials. They know when it is time to be serious and when it is time to have fun. Some of my fondest memories with my affiliation in the sport of wrestling are the times I have spent with officials---both on and off the mat. I am amazed at their ability to recall things that have happened to them while they are on the mat. They remember the exact move, the score at the time, the wrestlers, and the teams. They are such a dedicated group and never receive enough credit for the time and what they give back to the sport. Once the wrestling season starts, many officials spend more time on the road travelling to contests and on the mat than they do at home. We are fortunate here in Illinois to have great wrestling officials and I thank all of them for helping me to grow professionally and their commitment to expanding the junior high program.” While Steve would like to mention all the officials who have supported him during his time with the IESA, it really is not possible to do so. However, one official will always have a special place in his heart. “Dave Matthews was an inspiration to me. He was funny, quick with a joke, a laugh that I will never forget, and was respected by everyone. I had a brother who lost a battle with brain cancer, so Dave’s death was particularly hard for me. He just had a way to put everyone at ease. I truly miss that man.”

Steve attended Limestone High School in Bartonville outside of Peoria where his dad was the superintendent and his mom was a teacher. Needless to say, he was not in trouble very much. Steve mentioned that if he ever did do something wrong at school, his parents knew about it by the time he got home. He saw at a very early age the role athletics play in the lives of students. His dad was a role model and taught him the integrity that is needed to survive in the education world. His mom was the one who taught him to be humble and to care for everyone.

While his dad passed away just over a year ago and his mom about eight years ago, Steve knows that both his mom and dad are proud of his accomplishments and are beaming with pride in heaven today. As mentioned previously his oldest brother, Terry, passed away in 2009. Steve has one younger brother, David. The two of them have tried to live their lives as their parents taught them---to do the things the right way, to respect others, to give 100% and not be out worked. It’s been a recipe for success. David and his wife Lori have three beautiful children and two grandsons. Steve is the proud dad of one son, Justin, who is his inspiration and is currently a freshman at

Southern Illinois University in a sports administration program. “I hope I have taught Justin how to be a man, to work hard, and to have fun in whatever he is doing,” Endsley said. “What he probably doesn’t know is he has taught me more about life than what I could ever teach him. I’m very lucky to have a son like him. He is a very special young man.”

Steve readily admits that he probably has the least “on the mat” wrestling experience of any other IWCOA Hall of Fame member. However, what he wants everyone to know is he is proud to lead the organization that has provided thousands of young students the opportunity to participate in the sport of wrestling. His sincere hope is that IESA has played a small part in the lives of those who have been involved---wrestlers, coaches, officials, administrators, and friends of the sport. He summarized his IWCOA honor with this: “I am proud of the accomplishments and all IESA has done to further this great sport. I am humbled with the award. I thank everyone who has been associated with the IESA state wrestling series because it is those individuals who have fostered the growth of the sport at the Jr. high/middle school level. Finally, and perhaps most importantly, I am thankful for all the friendships I have made over the years. I am truly blessed. Wrestling has enriched my life in a way I never could have imagined.” 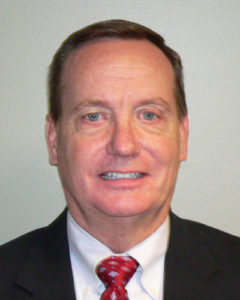