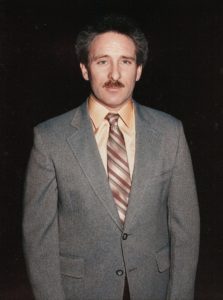 Steve prepped at Niles East High School. His collegiate wrestling was at Northern Illinois University. He began his coaching at Illinois State which working on his Master’s degree.

He has coached at Fenton High School for the Past 20 years; l8 years as a Varsity Coach. His dual meet record during this time has been: 279-6 7 -7.

He has won 11 Conference Champion ships

He has had 44 State Qualifiers; with 17 State Place winners; 2 were State Champions.

He has coached 13 wrestlers with over 40 wins in one season.

He has started out and coached 3 National Junior Free -Style Champions.

He has had two Big 10 Champions; 1 National Junior College Champion and 1 Division II All American.

He has presented Research papers on weight reduction to the National Health and Physical Education Convention.

He has published over 35 articles on Wrestling in various coaching Journal He has been a clinician at various camps and schools.

In 1965 He was awarded the Outstanding Athlete and Academic Citizenship and Achievement Award at Northern Illinois University.

In 1994 Northern Illinois University awarded him the Alumni-Coaching Award

Steve has also been the Head Tennis Coach for the past 20 years, winning numerous conference, sectional titles and invitational title