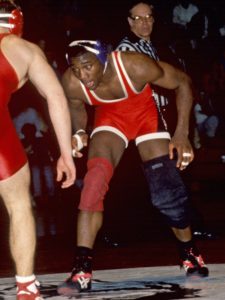 A graduate of Thornwood High School, T.C. Dantzler wrestled under Hall of Famer Jarrett Hubbard. He was a state qualifier in 1987 and state runner-up in 1988. He also letter in football, track, and baseball.

He attended Northern Illinois University, where he was a four-time NCAA Tournament qualifier. He earned a degree in economics with an emphasis on finance. He is member of the NIU Hall of Fame.

After college, T.C. went on to compete in Greco-Roman for Gator Wrestling Club. He is a resident athlete at the U.S. Olympic Training Center.

In 2003, T.C. won a trip to the Super Bowl in a radio station contest. He is the found of TC Logic, a background screening company. T.C. is married and has two sons. His hobbies includes chess, technology and dancing.