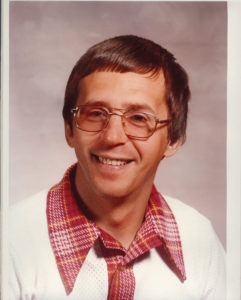 Ted has been coaching in Illinois for a number of years, starting at Lake Zurich and coming to his present position in 1968. His contributions to wrestling in Illinois have been numerous, they include: IWCOA Secretary, National Wrestling Federation Cultural Exchange Director, District I Wrestling Federation Director, Director of Numerous Federation Tournaments, both State and National, in Free Style and Greco. He has conducted clinics and has been a clinician at the Federation level. He has officiated at numerous Federation Tournaments and is presently in the Category of International Official. Ted is presently the State of Illinois Chairman for the National Wrestling Federation. Besides the aforementioned contributions, Ted has been active in promoting wrestling at all levels, from grade school to Federation groups.

Wrestling Man of the Year 1984