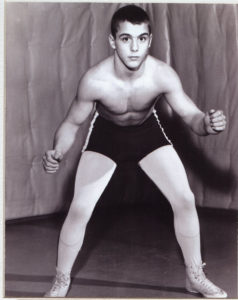 Ted started wrestling at Deerfield High School where he was 3rd and twice Champion in the State Series. His Collegiate Career was at Indiana State, where he placed 5th twice in the Division I Nationals. His post college wrestling found him placing twice in the Midlands; 3rd in the National AAU; Winning the National Federation Greco-Roman Open Championship and Winning the National Federation Freestyle Open Champions. He also had numerous other placings in the Federation Series. He formally was the Assistant Coach at the University of Colorado and informally or unofficially coached them for 3 more years. This he did with as an assistant coach at Boulder High School. Ted was quite instrumental in establishing the Colorado Federation Program and worked in that area for some time, twice directing the entire Summer Program. Throughout the years Ted has been noted for his one on one clinician ability and has helped numerous wrestlers perfect their skills.