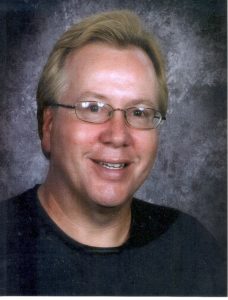 Terry Clarke graduated from Taylorville High School in 1976 where his passion for wrestling began. He earned three varsity letters in high school and also competed in football, track and golf. He was Vice-President of his class, team captain in both football and wrestling and a member of the band, student council and Key Club.

He started his teaching and coaching experience at York High School in Elmhurst in 1980. In that same year, Terry founded the Elmhurst Jr. Dukes Wrestling Club. Throughout Clarke’s career, he has been involved with the Illinois Wrestling Federation and Illinois Kids Wrestling Federation which led to his school hosting 20 combined tournaments. As an assistant wrestling coach from 1980-89 he helped inspire 4 all state wrestlers and 6 state qualifiers. During his years as an assistant, Clarke was nominated for assistant coach of the year in 1988.

Terry Clarke became the Head wrestling Coach in 1990 at York High School and continues his 20th year in the same capacity. In addition his teams have 372 dual meet victories. Clarke’s coaching career includes 2 individual IHSA state runners-up, 5 other all state place-winners, 23 state final qualifiers and 2 scholastic wrestlers of the year. His teams have won 3 West Suburban Silver Conference titles, 8 regional championships and 2 sectional runner-ups. Coach Clarke’s teams have also won 33 tournament championships. He has served as an IHSA Regional Wrestling Representative for 18 years. In addition, Terry is one of the founding members of the West Suburban Summer Wrestling league. He has twice been nominated for coach of the year. Currently Terry is the Department Chair of the Physical Education, Health and Driver Education at York, where he has also coached football for the last 30 years and formerly women’s track and field and baseball as well.