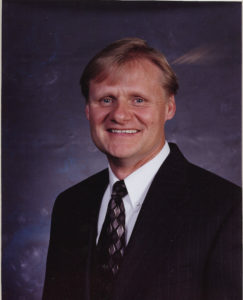 Tim Haak wrestled at Woodstock High School and was a 1980 graduate of Monmouth College. He has been the head wrestling coach at Harvard High School since 1987. During the past fourteen years he has obtained 332 wins, eighty-two losses, and three ties. He has coached his team to fourteen Regional Championships. In 1988 and 1990 his Dual Team placed second in the state, in 1992 Harvard won the Team title, and in 2000 the Hornets placed third. He has coached seventy individual state qualifiers, twenty-four place winners and six state champions.