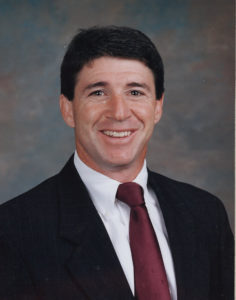 Todd Rosenthal attended both Moline High School and Illinois State University. He was a member of the Intercollegiate wrestling team from 1977-1982 was selected at the Most Valuable Wrestler at I.S.U. in 1982.

He won the bronze medal as a member of the Junior Pan-American Freestyle Wrestling Team in Caracas, Venezuela and won the Gold Medal in the Junior

He began coaching as an assistant in 1983 at United Township High School in East Moline. In 1985 he became the Head Wrestling Coach at Moline High School. He held that position until becoming the school’s athletic director in 2000.

His career dual meet record was 278-55. He had sixty-three individual state qualifiers, eleven state place winners and two state champions. His teams have won thirteen Conference Championships (12 in a row). During this time, Moline won eight Regional Championship and six Sectional titles. The Maroons qualifies for the dual team elite eight in 1990 and 1997. They placed fourth in 1998, third in 2000, they were state runner-up in 1999 and in 1996, and Moline won the Dual Team State Championship.