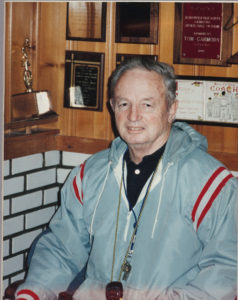 In the Marine Corps, he wrestled in the Naval training center events and the Far Western AAU.  His teaching-coaching career has been at Jacksonville for 37 years.  His teams won 353 meets, won 8 Conference Championships and 10 Regionals.  He had 39 State Qualifiers, 6 Placewinners, and they also won 11 other major tournaments.

One of his proudest achievements is that 35 former students and wrestlers have followed in his footsteps.