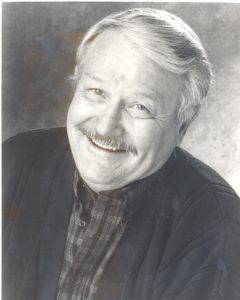 Tom is originally from South Beloit High School in Wisconsin, where he was a 4 year letter winner in football.

After serving 2 years in the US Army, he began his teaching at Warren, Illinois, followed by Lincolnway, Waukegan, Champaign, and Joliet East. During these times he was involved in coaching football, wrestling and basketball. His college career has been at the University of Illinois in Champaign, St. Ambrose College, Lewis University, and at present the University of Illinois, Chicago Campus.

He has been involved in wrestling as an Official for 30 years, working 25 District/Regionals and 18 Sectionals. He officiated the Illinois Open Tournament 20 times, has officiated all levels of college including the Big 10. He has also officiated in the Kids program.

The Illinois Wrestling Coaches and Officials Association named him a “Friend of Wrestling” in 1985.

Tom has published “Scouting as a Wrestling Coaching Technique”, he has developed and taught Wrestling Coaching courses. He has been a leader in Physical Educational in Illinois and Nationally and in his spare moments he has been involved in Camp Counseling, Boy Scout Leadership and Little League Coaching.

He has been Vice President of the Phi Epsilon Kappa, for professional physical education, National Executive Secretary for Theta Kappa Phil.