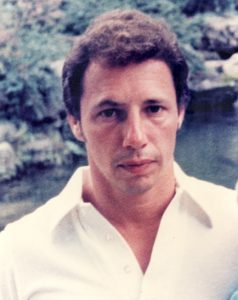 Tom began his career at Chicago Schurz High School where he was a two time State Qualifier.

He began his collegiate career at the University of Illinois, Navy Pier, where he stayed for 3 years, transferring to Illinois University.

His Coaching career was at Bloom Township High School, where he began in 1966, as the freshman coach, taking over the Varsity in 1969.

His teams won a number of Conference, Regional and Sectional Titles, numbering 8; 5 and 1. He won over 300 dual meets in his career.

He was named Illinois Wrestling Coaches and Officials Association Class AA Coach of the Year in 1975 and again in 1976.

Bobby Fleming, deceased, was named the Outstanding Wrestler in 1976.

Tom, who left Teaching in 1978 to pursue a different career, is a chief Administrator for Charter Medical in Macon, Georgia.