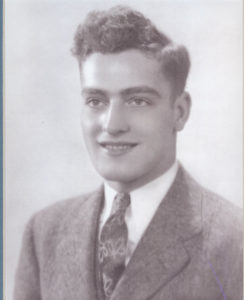 Tony wrestled for Chicago Calumet High School where he was a 3 time City Champion and a 3 time qualifier for the State Finals where he placed 3rd and Won Two State Championships. This was done in the era where in Chicago you were not eligible as a freshman. Tony was also All Conference as a football player in his Section. He won a scholarship to Illinois University, but World War II cut short any wrestling expectations.

Following the War, Tony entered into the Restaurant business and successfully had a career in Hotel and Country Club management until his retirement.