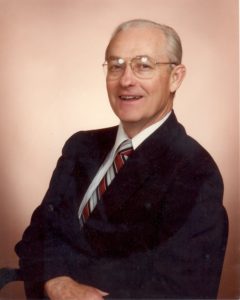 Walt started his education at old Northbrook High School which did not have wrestling at that time. Walt was a football, basketball and base­ ball player then. After a stint in the Army, he attended Northwestern University where he earned two varsity letters in Wrestling. Because he wanted to Coach and Tech, Walt transferred to Iowa State Teachers College where he played football and again was a member of the Wrestling Team. Walt was a member of the 1950 team which won the National Team Championship. After graduation he came to Hinsdale High School where he stayed as head coach for 3 years, then moving to Glenbrook North High School.

As head coach his teams won numerous team titles of these, 4 were Regional championships; 2 were Sectionals. In 1958 his team finished 3rd in the State, 9 points out of first. In each of his head coaching years, at least one Hinsdale or Glenbrook wrestler finished in the top four in his weight class. He had 17 place winners of which two were Champions.

Walt has also served 13 years as a lower level coach. He was also the Varsity Football Coach for some time and now is the Varsity Assistant. He was the Athletic Director and Head of the Physical Education Department at Glenbrook South, until he had to make a choice between administration and teaching. He chose teaching.

While in the position of A.D., he designed the wrestling room at Glenbrook South, one of the best in the State; He started the Glenview Park District Program and was the man behind the founding of the Russ Erb Tournament. Besides being an influence on a number of wrestlers in the area, it was particularly gratifying to be involved with his two sons; Dan you may remember was a NCAA Champion for Iowa.