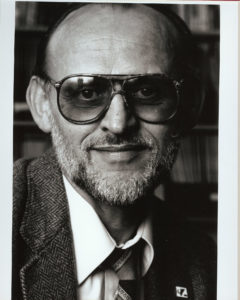 Wayne is from Onarga, Illinois which did not have wrestling. He was a basketball and football players. He attended the University of Illinois for one year and then transferred to Northern Illinois where he got his BA and MA, he also played football and began his wrestling career.

Following graduation he began coaching at Sycamore, where he began their wrestling program. He then moved to Rockford East where he coached from 1962 through 1967, qualifying 7 men to the State Tournament where he had 3 place winners, one was a Champion. He also began his 18 year tour of duty as an official.

In 1967, he moved to the University of Illinois as a teacher, where he helped Hall of Famer Jack Robinson in Wrestling and also was an assistant in football. While in this area he officiated at the Illinois University Open, Eastern Illinois, Illinois State and Duals at Illinois University, plus numerous high schools. He was also twice Tournament Manager for the IHSA while he was in Champaign.

He moved to the University of Wisconsin at Parkside to become their Athletic Director in 1972 a position he still holds. He lived in Antioch, where he continued to officiate. All told he was officiated in every Sectional in the State, except Rockford area. He has also had numerous regionals and has officiated at the State Finals 7 times. His officiating came to an end in 1986 after 18 years due to a knee injury.

At the University of Wisconsin-Parkside he has presided over Two Division Two National Championships.