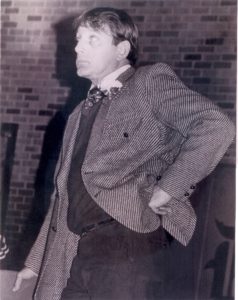 Wayne wrestled in high school at Thornton for Jack Robinson and Ted Czech, both Hall of Famers and as a senior was captain of the team. He attended the University of Michigan, where he was captain of the team, and also an All-American, placing 4th in the NCAA’s. His coaching career began as a graduated assistant coach at Northern Illinois University, followed by 2 years in the DeKalb Junior High School system, with the last 13 years at DeKalb High School. He is actively involved in wrestling programs in DeKalb, where from 1st grade through high school he will average 325 boys per year. While he has been in charge at DeKalb, his teams have won 175 duals while losing 20. Included in this 175 win total are 66 dual meet wins in a row. He has won 10 Upstate Eight Championships, 13 District Titles, 1 Sectional Championship and 6 seconds in the sectionals. His team placed third in the state, but very impressive, his teams have been in the top ten, 8 times. Total tournament championships including Dixon, Ott Bay Memorial, Palatine, would be number 34, with 152 individual champions. In State champions, he has had 25 qualifiers, 13 place winners of which 3 were state champions, one of these was named to the All-American Team. He has had a number of wrestlers go on to excel in the Big 10 and elsewhere. Wayne has been involved in the IWCOA since its revival and has served as the Vice-President, President and along with Steve Combs initiated the State Banquet. He was a member of the IHSA Wrestling Advisory Board for three years, and for 1 year served on the Medalist Advisory board. He is also a well know clinician.