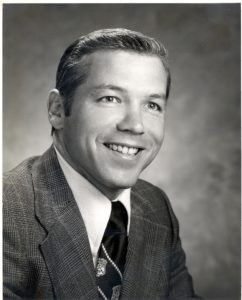 Co-Founder of the Mayor Daley Youth Foundation Wrestling Club. He was the President of this organization from 1965 when it began until 1971. In 1966 he helped establish what is presently known as the 18 and under program. Since 19$5 he has been actively engaged in promoting the Mayor Daley Club, which has been a large contributor to Olympic entries. 15 Mayor Daley wrestlers have made the Pan American, World or Olympic Teams 41 times in free style or Greco Roman. He also has been very active in the United States Wrestling Federation having served that organization as First Vice President for 8 years and is still a Member of the Federations Governing Council and Executive Committee. During this time, through the aid of Werner the Mayor Daley Team has won 7 National Free-Style Championships and 5 National Greco­ Roman Championships. He initiated the first U.S. Federation exchange team with Russia in 1971 and was the Coach of the U.S. team in that venture.

State finals and as a senior won the State Championship. In the Big 10, wrestling for Illinois University, Werner won two Big 10 titles and was a runner up once. In the Nationals he placed 3rd. As a senior, he captained the Illinois team. Between 1964 and 1968, wrestling for Mayor Daley, he was selected to wrestle on 2 free style teams and 1 Greco team. In 1966 he won the National 154 pound Free Style Championship and was 4th in the World Games. In 1967 he made the team again, but did not place. In 1968 he was 6th in the Olympics in Greco-Roman.