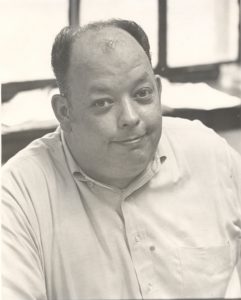 Bill is finishing his 24th year of teaching at Lake View High School, 15 of them have been as the Wrestling Coach. Bill did not start out as the wrestling coach, but when they threatened to drop the sport, Bill stepped forward and has progressed ever since. This is reinforced by the fact that Bill founded the Chic ago Wrestling Foundation; has been President of the Chicago Wrestling Coaches Association; has been President of the Mayor Daley Youth Foundation Wrestling Club and Tournament Director numerous times. To further augment his contributions, Bill has been involved with the Illinois Wrestling Foundation since its beginning, some 13 years, serving as Team Leader and Team Coach on cultural Exchanges and as a Bench Official in all of the National Tournaments except one. For his work in this Federation Area, the Illinois Wrestling Federation Tournament named the Most Falls Award after him.

As a Coach Bill have had a number of State Qualifiers with a number of place winners and 1 State Champion. All of this from a Man who Wen t to Lane Tech and Chicago Teachers and did not wrestle.